Firstly welcome to our next Tuesday Night Talk (TNT!) The TNT’s commence 06th October 2020 over the autumn and winter. Please log in early to check your connection and chat with like minded friends, new and old alike. Please remember that John will open Zoom at 19:00 hrs for member chat and audio tests. The talks will commence at the new time of 19:30hrs
Speakers on Tuesday night will be John Leahy (Hon. Sec.) who will introduce the talk, Gregor McGuckin, the round-the-world competitor, Commodore Russell Best OBE R.N. (Ret’d) who helped organise the rescue, and John Murphy of the CAI who first brought the Association into the adventure and helped us stay there for three years!

Please see the link below to our member meeting to which all fully paid up members are invited.

You must be logged in to view the login link.

Not a Member? No problem….

Please join the Cruising Association of Ireland by filling in an application form and paying the current annual subscription of €30 by following this link
Thereafter you will enjoy full access to all our facilities including the members area of our website with examples of membership benefits and discounts.

We look forward to seeing you there.

A man amongst men.

In the summer of 2018, Gregor McGuckin, you may remember, sailed away from the National YC in  Dublin, to Falmouth on the 50th anniversary of the Golden Globe Race which we know, was won by Sir Robin Knox Johnston. 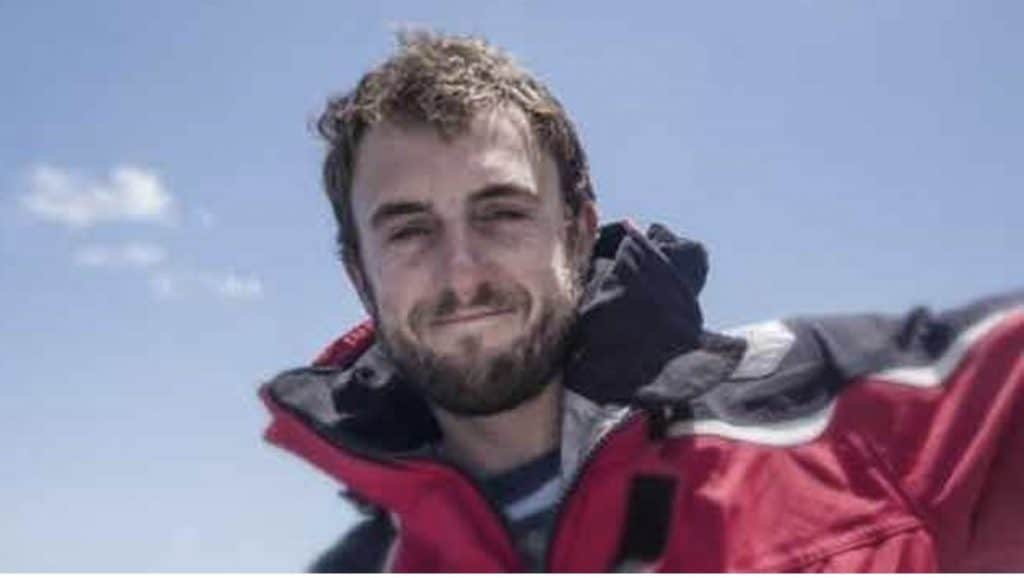 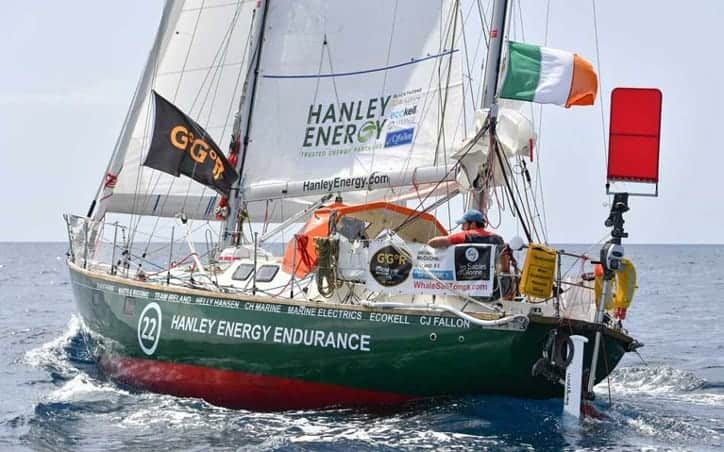 There he joined other competitors and set sail for Sable D’Olonnes which was the start line for a repeat of this famous race, half a century later than the first.

However, to make it a bit more difficult the competitors had to use the same boats and equipment as was available in 1968. – no GPS, no water makers, no fridge. Just a sextant and charts and lots of food. No exceptions were made except for the carriage (for safety only) of satellite trackers, and sat-phones, exclusively for the use of the shore-based teams.

Gregor had always dreamed of emulating Knox Johnston and Moitessier, and here was a chance. So, he bought a Biscay 36 which he assumed was in pretty good repair (wrong!) and set about preparing her for 30,000 nm of the fiercest oceans in the world. In his own words …

“When I started sailing, the main attraction was the freedom it gave me to explore. As I grew older and started sailing larger vessels, the scope of the areas I could potentially explore became almost infinite. When I started reading about the GGR I had already crossed the Atlantic a few times and the Indian ocean and asking myself ‘What next’. A circumnavigation was always a dream along with ocean racing, so when this came up as an affordable way of achieving both it was a no-brainer.”

And so it was that on 1 July 2018 he set off alone to cross the seven seas eastbound to the finish at Sable D’Olonnes. It would be a spoiler to say too much here, but it is known that he was capsized twice in the Southern Ocean and eventually had to abandon ship. On our TNT talk,  he will recount the story of the voyage, the capsize, and his rescue. He returned to Dublin and despite great effort was unable to mount a salvage operation that would succeed in bringing home his beloved Biscay 36. And then, this year, some amazing news came in, just after the Covid lockdown……… but you will have to login to the zoom meeting via the member area of our website to hear what it was!

We use cookies for various purposes including analytics and personalized marketing. By continuing to use the service, you agree to our use of cookies.